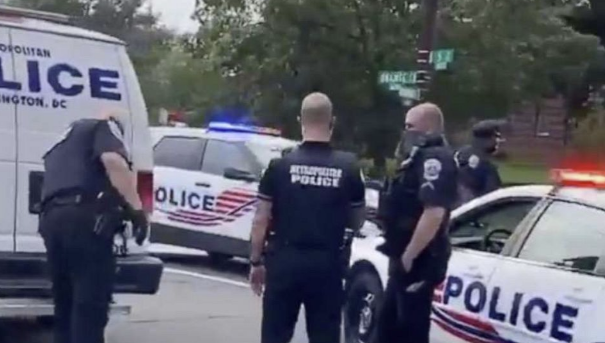 Maybe not all police officers should carry lethal weapons in a Presidential election year.

What is the story!

It seems like every week, another person is killed in an encounter with the police. I know some will say, well the actual number of police involved killing of unarmed citizens is very low, in spite of the constant barrage of police brutality videos.

If it is this low, why the are we suggesting that ‘maybe’, not all police officers need to carry lethal weapons in a presidential election year?

In a presidential election year, the media scrutiny is at its peak and every incident is amplified and systemic issue (perceived or real) are exploited for political gain. Not all officers are wired to handle such pressure and with political leaders cheering their base, police encounters are ripe to go wrong. Maybe only the most experienced and well trained officers should carry weapons.

Lethal weapons don’t give the victims any chance. Jacob Blake is luck to be alive. It would be nice if the police had less lethal weapons that would incapacitate a target, without killing them, so they could live to fight in court. Unfortunately political leaders have passed too many laws and ordinances that provoke these unfortunate interactions. The next best thing to do is recall the politicians in these cities where these shootings happen until the change their laws and ordinances.

What we see is these events happen, then the same politicians who pass laws and send officers out to enforce them, use the events to further their political interest:

Luckily there are a few, even in the sports industry who do not fall for the political narrative, even under intense pressure in the era of BLM (Black Lives Matter organization).

What can we say: Maybe not all police officers should carry lethal weapons in a Presidential election year.