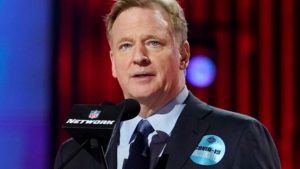 The NFL Covid19 vaccine mandates are a legal health policy that mandates all players to have the vaccine to remain eligible to play. The NFL sent a letter to clubs informing them that COVID-19 outbreaks among unvaccinated players could lead to forfeited games. The letter also reminds teams about the importance of vaccination programs and encourages players to take advantage of them before the state law mandates them.

The Centers for Disease Control and Prevention (CDC) is working with the NFL to develop a strategy for the prevention of this outbreak among unvaccinated players. As a precautionary measure, They recommend that clubs have players vaccinated before practice. This is risky that they are working with the CDC. Will this make the NFL an agent of the government and thus expose them to lawsuits on the basis of violating individual player’s constitutional right to privacy? Or can they still claim to be a private company?

The NFL is hoping that its clubs can convince players to follow advice to stay healthy throughout their careers and avoid risks such as contracting vaccine-preventable diseases.
The NFL is now considering using a new test that would identify the level of antibodies in a player’s blood.The new testing method can avoid this issue and only give players the vaccine if they need it after their first two tests come back clean.

The NFL has faced accusations of negligence in the past, but this time around, the league may face stricter penalties if any side effects arise from the vaccine. If players suffer any severe side-effects from the vaccine, they may receive compensation from the league as it can result in injury or death. If the worse happens, who will pay to replace that life. Should these decisions be left to the doctors as opposed to these blanket policies?

Although there was no scientific evidence that the NFL Covid19 vaccine mandates would NOT impact player safety, the league directed it for all players who participate in preseason games and practices. It means that if a player refuses vaccinations, they will not be allowed to participate.

The decision has been met with mixed reactions from around the nation, as many people believe that it is an unfair consequence for players who choose not to get vaccinated. What else will they mandate the players do?

Some of y’all clearly didn’t get what I’m saying here lol.. the NFL is pressuring/ “influencing” guys to get the vaccine. They are saying if there is an outbreak, the team will be penalized heavily. My point is no teammate of mine will feel that pressure from me because… https://t.co/odRnl7xUUZ

The black community has a high rate of vaccine hesitancy. Experts say 97% or more cases of new cases are from unvaccinated people. If this was a logic to make these sort of decisions, then the players could argue that 96% plus of those who were hospitalized or died of covid had underlying  co-morbidities. Is this pseudo-mandate a slight against black players?

Regardless of what the players or critics are saying, something is clear: