Facebook And Other Big-Tech Companies Need Their Own “Rooney Rule” To Remove The Barrier To Hiring Black Engineering Leaders.

The Rooney Rule has broken what seemed as unbreakable trend when it comes to diversity in the NFL among other sectors. Before its implementation at the NFL in 2003, the percentage of minorities holding senior management positions was only 6%. The most stunning fact was that minorities constituted most of the players, with firings happening every other day. However, with the adoption of this policy, the NFL diversity has grown significantly with minorities holding 22% of the senior management positions. Compared to the NFL, Big-Tech companies like Facebook and Google have what seems like an invincible barrier to hiring Black Engineering leaders. For this reason, there is a need for Big tech Rooney Rule at FAANG. 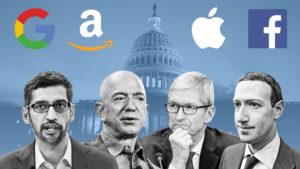 Big tech Rooney Rule at Facebook and other big-tech companies

The tech industry has been on the spotlight when addressing the matter of inclusivity of minority groups in their senior management. Despite their significant contribution in the growth of these companies, minorities hold a very low percentage of its senior management positions. Facebook, a major leader in the technology industry has faced a lot of criticism with regard to their diversity. A report released by the company in 2014, shows wide discrepancy in the employment of whites and black populations in senior management. Whites hold most tech positions at 55% while blacks at senior management are only 2%.

The situation in Facebook is similar to that of the NFL before the implementation of the Rooney Rule as minorities are the major consumers of the social media making up most of the followership. Additionally, blacks are some of the most tech savvy populations as evident in the numbers that enrol for technology and engineering courses in the US. Also see https://apnews.com/article/race-and-ethnicity-technology-science-delaware-engineering-edc5e8f78fd9487d6ee7e06beb9f58f2 The company received very negative reaction from the public following the release of similar reports a year later. As a result the company is working towards the adoption of Big tech Rooney Rule. In their strategy, the company seeks to have inclusivity of minority groups in terms of race, gender and other marginalized groups see https://www.businessinsider.com/facebooks-2016-strategy-for-improving-diversity-2016-1

Provisions under the Rooney Rule

The Rooney rule was pioneered by Dan Rooney, the former head of NFLs diversity committee after whom it is also named. Under this rule, all hiring by NFL teams had to apply diversity policy by including an underrepresented minority candidate in their interviews for senior jobs and head coach positions. Evidently, this rule has worked in creating a more diverse leadership at NFL. If applied to other agenda setting companies such as Facebook, the world would definitely feel its impact through elimination of social evils such as ethnicity. More so in the current dynamic world were studies show that the present day minority will be making up the majority in the US by 2050.

View all posts
Big Tech and People Of Color Don’t Mix… Why?