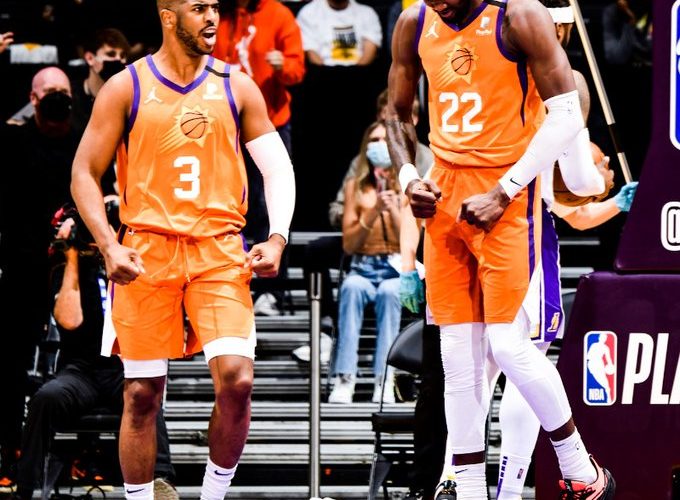 Anthony Davis Goes Down With Groin Injury: Lakers Lose to the Suns 100-92

With Chris Paul feeling better, though not 100% and Anthony Davis playing just 19 minutes, the Phoenix Suns defeated the Los Angeles Lakers 100-92 to even their first round series at 2 games a piece.  Anthony Davis strained his groin and did not return for the second half of the game. Both teams did not shoot the ball exceptionally well, but the strong showed a better poise and were able to overwhelm the Lakers, who were already playing poorly before Anthony Davis went down.  For more game highlights, watch the following youtube video:

How the Suns got the win:

With their floor general on hand, the Suns proved once again that the Lakers are only as good as AD can make them. LeBron James proved again that he may be one of the best ever, but his impact is dependent on having another all star to take off the load.  Chris Paul orchestrated a balanced scoring attack for the suns to set up a Game 5 Tuesday night. If the Suns hold down their home court advantage, they will win the series.  The Suns organization was clearly happy with the result and their twitter feed made that clear:

Not only did Paul play, but he thrived, leading the Suns to a Game 4 victory and sending the series back to Phoenix tied 2-2.

Before Anthony Davis (A.D.) went down, he was only 2 of 9 from the field for 6 points and was once again his inconsistent self. This is crazy, as in 2 games he was so dominant, then in Games 1 and 4 he was just horrible, for a big man with a great touch. His two dominant games coincided with the Lakers’ two wins in the series.

Is this a pattern we are seeing, where LeBron is again pedestrian in the absence of A.D. or when A.D. plays poorly? Can LeBron truly carry the Lakers to victory by himself?  We know he could not carry them to victory today in A.D’s absence. Who will take the blame if the Lakers loose this series? We know who will take the blame, but let’s wait and see. LeBron is still the king, so you never know what else he has in his bag of tricks. Prediction: Suns in 6 or 7.

View all posts
LeBron is Pedestrian without Anthony Davis. Is LeBron Really the Lakers MVP?