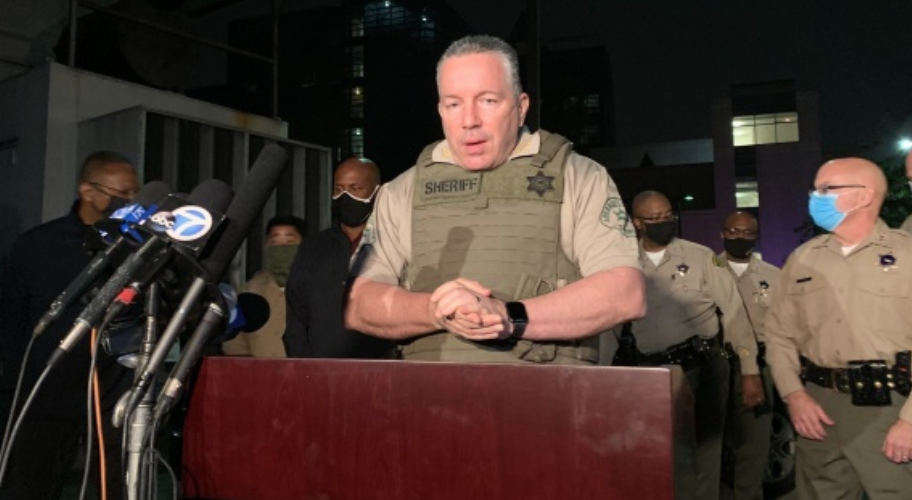 2 L.A. Sheriff Deputies fighting for their lives after being ambushed and shot, as protesters wish they die.

According to L.A. county law enforcement sources, 2 sheriff deputies were ambushed and shot in the heads at a train station in Compton, CA. This happened on Saturday 9/12/2020 around 7 p.m.  As horrific as this sounds, there is actually a surveillance video that captured the shooting, which happened as the deputies sat in their patrol car.

Update: One male deputy and one female deputy were ambushed as they sat in their patrol vehicle. Both sustained multiple gunshot wounds and are in critical condition. They are both currently undergoing surgery. The suspect is still at large.

This attack even got the attention of the President of the United States, Donald Trump:

The hate and disdain for police has reached fever pitch. While the 2 deputies fight for their lives at St. Francis medical center, BLM (Black Lives Matter) and other protesters are showing they wish the deputies die, while they attempt to force their way to protest in the medical center.

I'm old enough to remember when the news that two police officers were gunned down would lead to a vigil at the hospital, with people praying for their recovery.

How did we get to this sickening moment when people are gathering at the hospital to pray for their death?

A massive manhunt is underway in search of the shooter. There is currently a $100,000 reward offer in manhunt for this suspect.

Some people are not having it though:

This “reward” is coming outta the cops salaries or pensions, right??? Not taxpayer money. I’m not pitching in on this BS

The 2 deputies are out of surgery, alive and in critical condition. However, it seems like they are going to be able to recover from this ordeal.

It is truly a broken society, when law enforcement becomes the target for ambush, condemnation by civilian leaders and receivers of death wishes by those they are supposed to serve/protect.

Joe Biden Questioners asked to read from script. One of them refuses to follow rules.